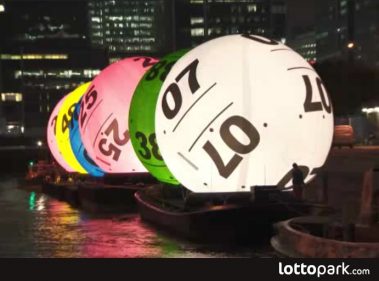 Lotto millionaire stories often show that the lotto win came by an accident, when it was the least expected. Many of those who won the lottery, bought their ticket impulsively, spontaneously or they can’t even explain what made them buy the ticket. It just happened. We’d like to present you such a story to show you that winning the lotto is quite alike falling in love – you just can’t tell when it happens to you!

Back in 2016, a player from Germany who wished to remain anonymous won the jackpot in the popular Eurojackpot lottery. It wouldn’t even happen, but his wife asked to stop at the gas station while driving back home one day. While his wife was picking some snacks and drinks, he noticed that the prize pool in the draw next day is worth tens of millios euros. Feeling a bit bored, our future lotto millionaire decided to pick his lotto numbers and play.

He decided to go with the first numbers that came to his mind: his wife’s birthday, apartment number, his age, his favourite football player number, and his car registration plate numbers. He sticked the Eurojackpot ticket into his wallet and forgot about the whole thing, thinking about his work and things waiting to be done at home.

While watching TV news several days later, he heard that the gas station he recently visited, sold the lucky ticket for the European lottery, entitling the owner to receive a multi-million win. That’s when he reminded, that actually he bought a ticket there! The man couldn’t believe his eyes when he checked the Eurojackpot draw results. A fortuitous visit at a gas station radically changed his life. It’s hard to tell if it was written in the stars that his wife felt hungry and thirsty that day at that spot and it took her quite a while to make up her mind on what to buy?

Our new lotto millionaire hasn’t said a word about the great lotto win to his family. First, he checked if he really won by contacting the lottery organiser. Only after picking his great win he told his wife that thanks to her impatience and stubbornness to stop “here and now” made him buy the ticket that led them to a true financial heaven. The first thing he bought was a car his wife always dreamed about. He also booked some luxurious holiday at Maldives for his whole family. Apart from that, he invested a substantial part of his winning in real-estates, bought a restaurant and started his own business he’s running to this day.

As you can see, an accidental lotto win shows us an interesting fact: you don’t need to visit a local lottery office to win the lottery. You can get your lucky ticket at a gas station, a convenience store or even here and now at Lottopark, using the possibility to play lotto online. The most important part is listening to the voice whispering in your ear to gor for it and giving yourself a chance for a great prize.

Check the current lotto rollovers and pick a lottery for yourself. Do something impulsive today and decide to play lotto online. Maybe it’s your turn to become a lotto millionaire?

At least one of your lines is not properly filled in. Do you want to proceed without incorrect lines?

You have chosen too few lines. The minimal amount for this lottery is %1s lines! Do you want to quick pick the lines for you?

You have chosen a wrong amount of lines. The chosen lines count should be a multiple of %1s. Do you want to quick pick the rest of the lines for you?

You need to choose at least 0 lines for every 0-lines ticket!