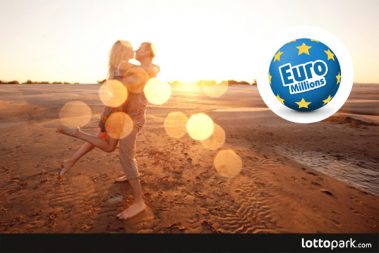 Europe hosts some of the best lotteries in the world. It is a coincidence that two of the world’s best lotteries have their origins in Europe. EuroMillions and EuroJackpot are the top lotteries that you can play and win huge cash prizes. So, how well do you know these lotteries? We’ll take you through exploration and comparison of these top lotteries.

EuroMillions is a transnational lottery in Europe that was started in 2004 to cover European countries. The initial countries that were covered included Great Britain, Spain, France, Belgium, Austria, Portugal, Switzerland, and Ireland.

EuroJackpot is also a transnational lottery that was started later to cover the countries that were initially not covered by EuroMillions. They include Denmark, the Czech Republic, Lithuania, Estonia, Hungary, Iceland, Italy, Latvia, Norway, Slovenia, Spain, Sweden, Finland, and Poland.

Why are they popular?

You might be wondering why EuroMillions and EuroJackpot are popular around the world. They both have unique features that make them very popular.

One of the things that make the two top lotteries extremely popular is the amount of jackpot money that they offer to players. It is not a secret that players are always attracted to big jackpot prizes.

It is clear that the two lotteries have the best jackpot prizes that you can find in the world. It is easy to change your life playing these lotteries because the amount of money that you can win is big.

Despite the big jackpot prizes that you get when playing these two leading games, you buy tickets at a low cost. The cost of EuroMillions ticket is £2.50 per ticket while EuroJackpot retails at £2.00 per ticket. It is an affordable option that you can use to increase your chances of winning if you buy multiple tickets.

The biggest strength of these two top lotteries is their availability online. The scope of the market is no longer fixed on the founding countries; you can play these games online from anywhere in the world. You just need an active internet connection to get started.

The online space has allowed many players to play and view results immediately after they are released. For example, you can check Eurojackpot today numbers online and see if you won.

EuroMillions and EuroJackpot are not popular globally by chance; they have earned their spots there. Thousands of people place their bets every day and lots of winnings are released every time a draw is conducted. You just have to be persistent to become among the winners in these lotteries. You can also read our article about TOP 5 tips for EuroMillions players to learn some amazing ways of increasing your chances of winning the jackpot prize.