TOP Eurojackpot Winners in the History 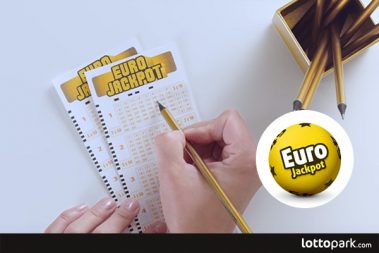 Since the inception of Eurojackpot in 2012, many people have been winning huge prizes. In as much as playing the lottery is a fun activity, many people are motivated to play because of the prizes on offer.

A game such as Eurojackpot attracts players because of the huge jackpot prize. Many great stories are born out of every major win in Eurojackpot. You too can become part of the stories if you take part in the next lotto draw and win now. We’ll share stories of top winners since 2012 and how much they have won.

How much can you win playing Eurojackpot?

Even before we look at stories of successful winners, we should highlight the prizes that you expect to win.

The minimum lottery amount that you can win playing Eurojackpot is €10 million. The jackpot prize is on a rollover basis and it can go to as high as €90 million. You win the jackpot by matching all the numbers. But you can win some other great prizes in different tiers for matching some numbers.

Here are some of the top stories that define the winning trends of Eurojackpot all over the world.

The biggest win in Finland

It was confirmed that the lottery ticket had been purchased by a lottery syndicate of five people. The identity of the players remains anonymous, though the town from which the ticket was sold already has an idea of who might have won. It’s really hard to hide €90 million in a small town in Finland.

An anonymous man from Rhineland won €76.8 million in March 2016. The lottery win is one of its kind because the man had only bought a single ticket. This shows that the lottery is indeed a game of chance that anyone can win.

Earlier in the same year, another winner of Eurojackpot won €49.7 million from the same region. This debunks the myth that Eurojackpot lightning cannot strike the same place twice.

The story of this Croatian woman is an interesting one. In 2014, she decided to start playing Eurojackpot instead of the normal local lottery that she used to play. Little did she know that she would become a winner of 17 million. After buying two tickets, she couldn’t believe it when she saw her lucky numbers as the winning numbers. All players can check Eurojackpot results here to know their fate like the Croatian woman.

It took her some time before she told her story. Even though she did not reveal her identity, she was able to share with the world the experience of winning a major jackpot prize and not knowing where to start.

In June 2018, a lady who wants to be identified as Christina won the maximum lottery prize of €90 million. She played online using the app to win the jackpot. It was convenient for her and she became amongst the richest lottery winners in the world. You too can play Eurojackpot online at LottoPark.com if you want to increase your chances of winning.

Do you want to become the next winner?

Your story could also be featured here if you start playing online to win big. Eurojackpot is just one of the many games that you can play. You can also read about Eurojackpot statistics to increase your chances of winning the lottery.