TOP 3 lottery mistakes to avoid when you win EuroMillions 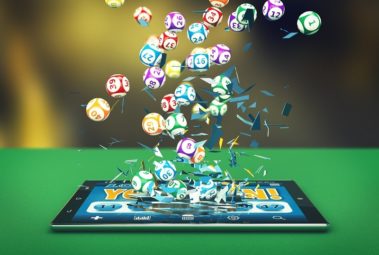 Millions of people are nowadays trying their hand at the lottery and taking their chance at winning millions of euros. Well, you never know when you might get lucky and strike the most significant reward you have always dreamt of.

However, if you have decided to purchase the most valuable lottery tickets like the EuroMillions lottery tickets, no matter if you have been playing such lotteries for years or you are a newbie, you need to do this is a specific way to make sure that you win. However, more than half of the people make common mistakes like being superstitious when it comes to choosing numbers and increase the chances of losing and eventually lose.

Being superstitious and choosy when it comes to buying lottery tickets is not wrong. No matter how you do it but if you do it without making even the smallest mistake, you will surely win.

So, here are the top three mistakes that people commonly make while playing the lottery. These three things can make a big difference in your financial condition and can protect you from losing the millions from your savings. After reading this article, read also our TOP5 methods of winning a lottery to increase your chances in the world of lotto games.

Thinking that your lottery ticket number is lucky

Have you ever thought about why the big jackpots are usually shared by the people out of the numerous lotteries? Have you tried to figure out the real reason? Well, the answer is quite simple as around 80-90% of the people prefer choosing their lottery tickets based on their lucky numbers. People frequently choose tickets with those same lucky numbers.

These lucky numbers are mostly based on someone’s birth date or anniversary date or maybe some particular date. And it will not be surprising at all seeing the people sharing their rewards with other people who also chose a ticket on this basis. You can also see this sharing of the reward of EuroMillions worth millions of euros from the EuroMillions results from the last draw.

So, one must keep in mind to be attentive and thoughtful while choosing lottery ticket numbers and should now always prefer getting the numbers based on the notable dates from 1 to 31.

Choosing your number based on a particular pattern

The second most common mistake people make while choosing their lottery tickets is choosing the numbers based on some unusual pattern. People start analyzing the ticket number and finding the connection between them.

And suppose people will prefer using such patterns for choosing the numbers of EuroMillions lottery tickets. In that case, it will reduce their chances of winning the reward solely and increase the chances of the situations where people have to share their reward with others.

Being inattentive towards the low valued jackpots

Concentrating on the big rewards only is the most frequently made a mistake. Most of the people keep their eyes on the big lottery jackpots only. Well, the massive jackpots are undoubtedly more attractive, but one must not ignore the small jackpot.

People should also pay attention to the low-valued jackpots and should always remember that they will have to compete against a big count of players when the reward gets to the specific range. And winning these small jackpots will boost up the player’s enthusiasm and keep him inspired for investing by making the right decisions.

Moreover, as the money of reward increases, more players will buy the lottery tickets, which will eventually minimize the chances of a particular player. Even if the player beats all the competitors in the line, it becomes more likely that the winner will have to share the reward with other winners also.

Furthermore, people can take help from the last draws’ results and don’t forget to check the current before deciding on the final lottery. These were the mistakes people make while choosing the lottery ticket. And when it comes to professional lottery syndicates, one must make the decisions wisely. These small details will help people to boost up the chances of winning a lottery and doing things in the right way until it gets too late.