TOP 3 Spanish lotteries which you can play at LottoPark 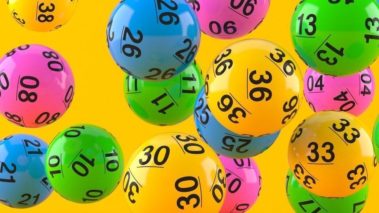 Besides being famous for various adventurous and ravishing festivals such as Haro Wine Festival and Festival of Fire, the lotteries offered in Spain are another major attraction to the world. Every year, Spanish Lottery gives out huge sums to the local lottery winners, and this time, you can try your luck too. LottoPark offers the players across the world to win billions on the 3 of the most popular Spanish lotteries, which are Bonoloto, El Gordo de la Primitiva, and La Primitiva.

From 1973, Spanish lotteries have been providing its citizens and also people around the world the largest lotto prizes. In this article, you will get to know about the three most exciting lotteries, rules to play them, their drawing time, chances of winning, jackpots, and how to begin playing them online. Please, take your time and meet Bonoloto, La Primitiva and El Gordo.

Introduced in 1988, Bonoloto was created with the purpose of giving Spanish lottery fans a cost-optimized lottery option. Since then, it has become one of the most sought-after lottery options to play. Its jackpot rates begin at 4,00,000 (EUR) and fluctuate at least four times in a week. Also, you can draw out this lottery four times a week, that is, on Monday, Tuesday, Wednesday, and Friday.

The cost-effectiveness of this lottery makes it a frequently bought lottery, and therefore, it has comparatively smaller prizes being drawn out more often than other lotteries. There are more than 66 Bonoloto jackpots winners each year and 7 million euros is the largest winning prize one has received to date.

A Bonoloto guess range is given from 1-49, from where the player has to choose and match six numbers. The seventh bonus number can also be used for creating a 5+1 prize category called Complementario. Bonoloto is quite different from other lotteries as the prize is won by matching the six main numbers with the given range. This lottery also has a Reintegro number on the ticket purchased online, which is featured randomly. If your tickets match the featured Reintegro number then you will get your lottery purchase cost refunded whether you match the main six lottery numbers or not. So if you want to play Bonoloto online – you can do it here, at LottoPark.

For playing this lottery, you have to select 5 numbers from the primary numbers (54) given and one number from the 9 key numbers. To win the jackpot of El Gordo de la Primitiva, you have to match all the five primary numbers and the one key number. The minimum amount for its jackpot is 5.000.000 (EUR) and it keeps on rolling over until the winning number comes. Click here to check the latest El Gordo results and winning numbers.

La Primitiva is amongst the oldest lotteries of the world. This lottery came into existence in 1763 and ever since then, its popularity has been constantly increasing. Now you can play this lottery online from sitting anywhere in the world. La Primitiva is one of the most entertaining lotteries giving out more than USD 6.5 million each week.

It is not important for you to be in Spain to try out these exciting Spanish lotteries. With the growing popularity of these lotteries, you can now play them online from anywhere you like. Join us and have fun in Spanish style!

Don’t forget to read about the Quina lottery from Brazil. This is our next option for all the lottery fans.