Why Do People Love To Play Keno? 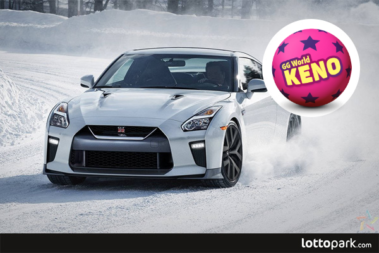 Keno is one of the most popular games in the world. There are many reasons why people love to play Keno. Lottery fans love to play Keno because it is a fast-paced game that they can play with a group of their friends.

Keno is one of the greatest lotteries in the world because it has a low house edge, is easy to learn, and has an entertaining drawing style that makes players want to keep playing for hours on end.

Players of Keno appreciate the game’s strategic flexibility. When playing Keno, a player can use one of the following approaches:

One option is to use the Quick Pick function, randomly selecting some numbers for them.

You can now play Keno online on our website.

You Can Select Any Number

Many games include such lists for those who want to know which numbers are hot and cold. Many players believe that the odds of a certain number occurring are more or less consistent, while others think another number is overdue. It’s important to remember, though, that the numbers are selected at random.

One of the reasons Keno is so well-liked is that players can employ several techniques. You’re free to use any method you like when playing Keno.

The cost to play Keno is low, and the same numbers can be used in several games. One penny is all it would cost to enter some drawings. If you want to play for less money, know that the payouts will decrease but that you’ll get to play more hands.

You may optionally specify the maximum number of rounds in which the same number may be used. A casino would let you fill out a ticket and check the latest Keno results later.

An online casino may provide an option to have the machine randomly select your numbers for a set amount of times. Every new draw will be shown on the screen for your viewing pleasure. You can always stop the drawings if your numbers aren’t as lucky as you’d hoped.

A Fun Way to Unwind

Keno is a popular gambling game that has been around for generations. It’s calming, and players can go at their own pace, making for a pleasant experience. They can either sit about waiting for a draw to occur every few minutes in a land-based casino or initiate a draw whenever they like while playing Keno online.

The fact that Keno can be played in groups has contributed to its popularity. Keno is fun to play in a public setting, like a bar or restaurant. Players can evaluate their draw results in relation to those of their peers. Having real money on the line increases the thrill.

You can play Keno if you’re looking for a low-stakes game with a lot of fun and excitement. Some players may find the pace and financial investment required by traditional table games excessively taxing. People may feel more at ease playing Keno due to the game’s regulated environment.

Bettors in Keno can adjust their game strategy to suit their tolerance for risk by selecting from a range of possible number combinations. If you’re looking for better odds than the 10-spot game, betting on four or six games is where it’s at. Only those seeking the highest possible returns on their Keno bets choose to wager on all ten numbers. Meanwhile, via repeated play, participants can develop their own strategies.

The slow pace of play

It doesn’t take long to wager hundreds of dollars and lose it all at a casino. Players at other games, such as blackjack, can place bets on dozens of hands per hour, but in Keno, the draws take place anywhere from every few minutes to once per day, giving players more time to think about their next move.

Keno is legal everywhere since it brings in so much money. Many individuals are drawn to the game because of the substantial sums of money that can be won. Based on these two assertions, it’s clear that the success of the Keno industry is due to its widespread appeal rather than any inherent statistical advantage.

Since there is now healthy rivalry across Keno’s several iterations, the game’s future is bright. Since there is no longer a preeminent variety, increased competition has resulted in vast improvements for players. While the odds may not be great now, they are better than they were and may improve even more in the future.

Read also our article about the top things to do after winning a lottery.